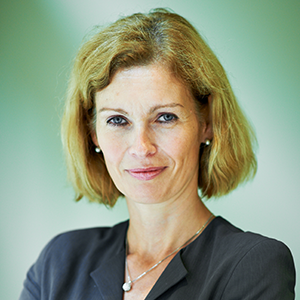 Is heading, since March 1st 2015 the Corporate Affairs Section of the European Association of Transmission Network Operators, ENTSO-E. Until then she was Head of Unit Distribution System Operators with EURELECTRIC, the European electricity sector association based in Brussels, since June 2014. Before and from 2010 she was heading the Energy Policy and Power Generation Department for the same association.

German national by origin she holds a PhD from Bonn University and a Habilitation from Berlin Free University, as well as Sciences Po Paris, in Political Sciences, in International Relations, as well as an economics degree from London School of Economics. Previously she was heading the French Institute for International Relations Brussels branch and was affiliated as a senior researcher to the energy programme of the Institute; was working with CERI and IRIS, Free University Berlin, CIFE Nice an Heinrich Boell Foundation. She has a long track of academic publication on energy, international relations and Eastern Europe, affiliation to research and lecturing, as well as consulting. She speaks fluently German, English, French and Russian.