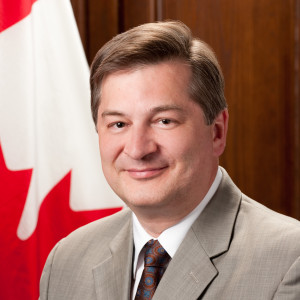 Ambassador of Canada to Sweden

Born in Vancouver, B.C. Canada, Kenneth Macartney graduated from the University of Victoria in 1982. Prior to that, he studied for one year at Falu Gymnasieskolan in Falun, Sweden. Mr. Macartney began his diplomatic career with the Department of Foreign Affairs and International Trade in 1982. Since then he has served in a variety of positions at headquarters and abroad, dealing with both bilateral and multilateral issues.

From 1984 to 1987, Mr. Macartney served at the Embassy of Canada in Oslo, Norway where he was also accredited to Iceland. From 1987 to 1990, he supported Canada’s anti-apartheid efforts as a member of the Southern Africa Task Force. He subsequently studied Japanese in Yokohama and then served as Counsellor at the Embassy of Canada in Tokyo, Japan until 1996. From 1996 to 2001, Mr. Macartney was Director of the Environmental Relations Division, during which time he dealt with a broad range of biological diversity, biosafety, water security, trade and environment and other sustainable development issues. He was also the Head of Canada’s delegation that successfully concluded, after three years of multilateral negotiations, the Stockholm Convention on persistent organic pollutants, chemicals which threaten the health of northern aboriginal populations in particular. He also participated in a number of Arctic Council meetings.

From 2002 to 2005, Mr. Macartney was Counsellor at the Embassy of Canada in Stockholm, where he was particularly engaged in Canada’s cooperation with Sweden on shared multilateral issues, environmental and northern policy. As Deputy High Commissioner at the High Commission of Canada in New Delhi, India from 2005 to 2009, he helped manage Canada’s largest diplomatic mission and promote closer bilateral relations with India. From 2009 until January 2012, Mr. Macartney was Director General for the South, Southeast Asia and Oceania Bureau. In February 2012, he was appointed Ambassador of Canada to the Kingdom of Sweden. Mr. Macartney is married to Susan Macartney and has two children.