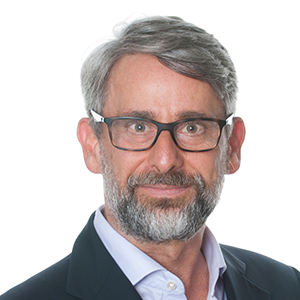 Nicola has established and managed for four years the KAUST Innovation Fund, the venture fund supporting KAUST’s pipeline of technology-based startup projects and investing in high-profile international technology companies. The Innovation Fund is one of the few players in Saudi Arabia making venture capital investments in technology-based startups from seed to early-stage. For over a decade, Nicola co-led EonTech Ventures, an independent Luxembourg-based venture capital fund focused on early-stage technology, as Co-Founder and Managing Partner.

He has also spent a substantial portion of his career as a management consultant at Arthur D. Little, in the Paris and Milan office, where he was a member of the Global TIME (Telecommunication, Information, Media & electronics) practice. As a team engagement manager Nicola has led a large number of strategy consulting assignments assisting the top management of large ICT companies in Europe, the US and Asia.In 2011, he participated in the establishment of a venture capital fund in Russia as co-founder, and in 1999 he was Director of Worldwide Marketing Coordination at Technicolor (NYSE: TCH, formerly Thomson Multimedia).

Nicola holds an MBA from INSEAD and a business administration and economics MS from Universita’ L. Bocconi.