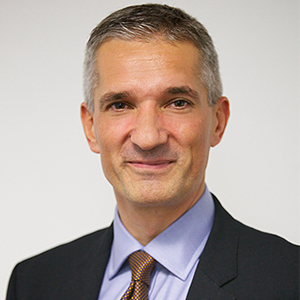 Christoph Frei became WEC’s fifth CEO & Secretary General in April 2009. He has led the growth and further development of the world-renowned London-based organisation by strengthening its team, network and insight processes. Under Christoph’s leadership the Council’s scenarios and insight work has become a decision support in numerous strategy teams and board rooms of energy and technology companies around the world and the Council’s annual Trilemma tool has been developed into a benchmarking tool used by governments in many of WEC’s over 90 member countries, the UN and, in policy discussions with Multilateral Development Banks.

Christoph is also a Professor at the Swiss Federal Technical Institute in Lausanne (EPFL) and a member of the board of the energy blockchain focused Energy Web Foundation (EWF). Prior to joining WEC, Christoph was a member of the Executive Council of the World Economic Forum (WEF) and its Senior Director in charge of Energy.

Christoph regularly stimulates board and strategy meetings for leading energy and technology companies around the world and has a track record as a facilitator of dialogue on behalf of governments and at international events including the World Economic Forum. In 2012, Christoph became a member of the high-level advisory group to the UN Secretary General Ban Ki-moon on Sustainable Energy for all.

Christoph received his PhD es sc. from EPFL. He holds a diploma in electrical engineering and masters in energy economics & management, in econometrics, and in applied ethics. His publications cover fields including energy scenarios, innovation, energy & climate policy, global energy governance, energy-water nexus, energy access and the future of utilities.